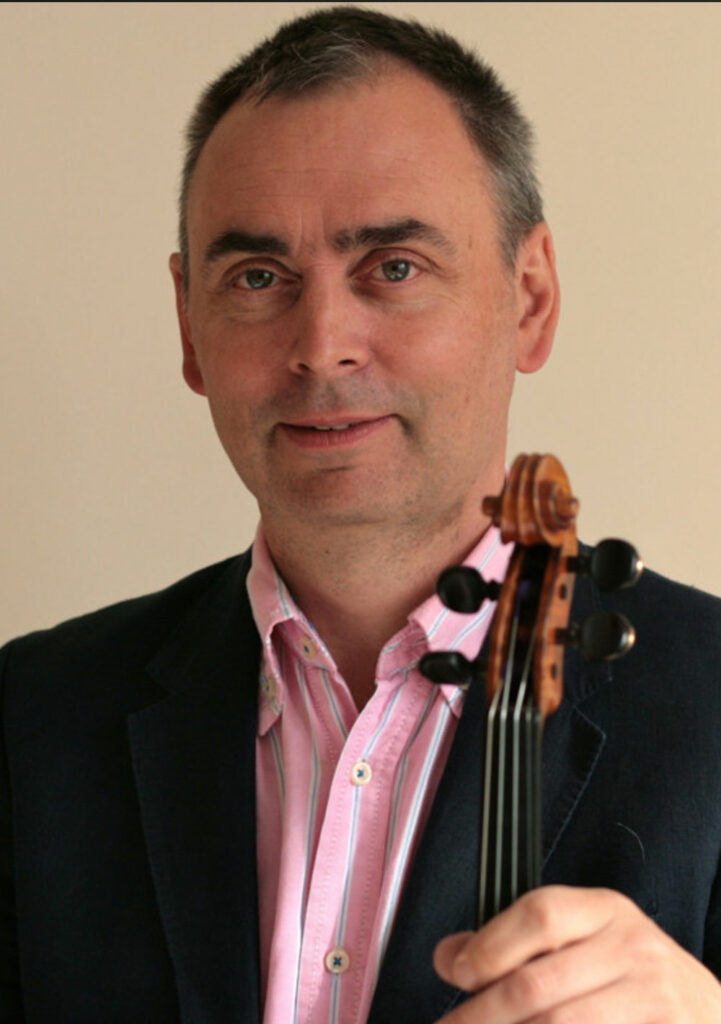 Benedict Holland studied at the Royal Academy of Music with Manoug Parikian and was subsequently a prize winner at the Royal Northern College of Music, where he studied with Yossi Zivoni.

As a chamber musician, he was a founder member of the Matisse Piano Quartet and the Music Group of Manchester, broadcasting regularly for the BBC, recording, and undertaking British Council tours.  He is also a member of the Victoria String Quartet whose acclaimed début concert took place in 2017. As an experienced orchestral leader, he has guest-led many of the UK’s major orchestras, including the Hallé, Royal Liverpool Philharmonic, Northern Sinfonia, Bournemouth Symphony Orchestra, City of Birmingham Symphony Orchestra, Scottish Ensemble, Orchestra of Opera North and BBC Philharmonic and was also leader and Artistic Advisor of chamber orchestra, Sinfonia Vivia from 2001-2019.

Ben teaches at the RNCM, where he was awarded a professorship in 2016, Junior RNCM, and Chetham’s School of Music. He gives consultative classes in orchestral and contemporary techniques at Birmingham and Trinity Laban Conservatoires and professional development classes for string teachers throughout the UK.