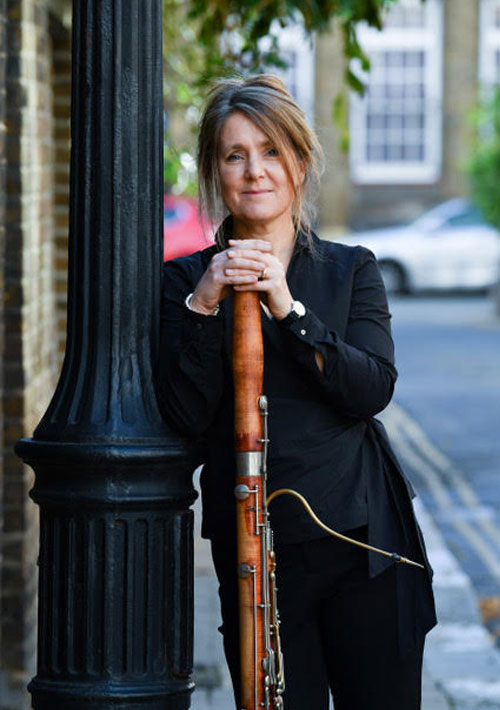 The English Chamber Orchestra appointed her in 1994. She has been Principal bassoonist of ECO since then and co-Principal in the BBC Symphony Orchestra since 2001. She became Principal at the BBCSO 4 years ago and in 2019 was appointed Principal Bassoonist with the Academy of St Martin the Fields.

She studied at Manchester  University and the Royal Northern College of Music with Edward Warren and William Waterhouse, continuing her studies in Switzerland with Roger Birnstingl.

Julie is an experienced chamber musician and appears regularly as a soloist, particularly with the English Chamber Orchestra with whom she has recorded the Mozart Concerto and Elgar Romance.

She gives masterclasses regularly and has been on the teaching staff at the Royal College of Music for many years.