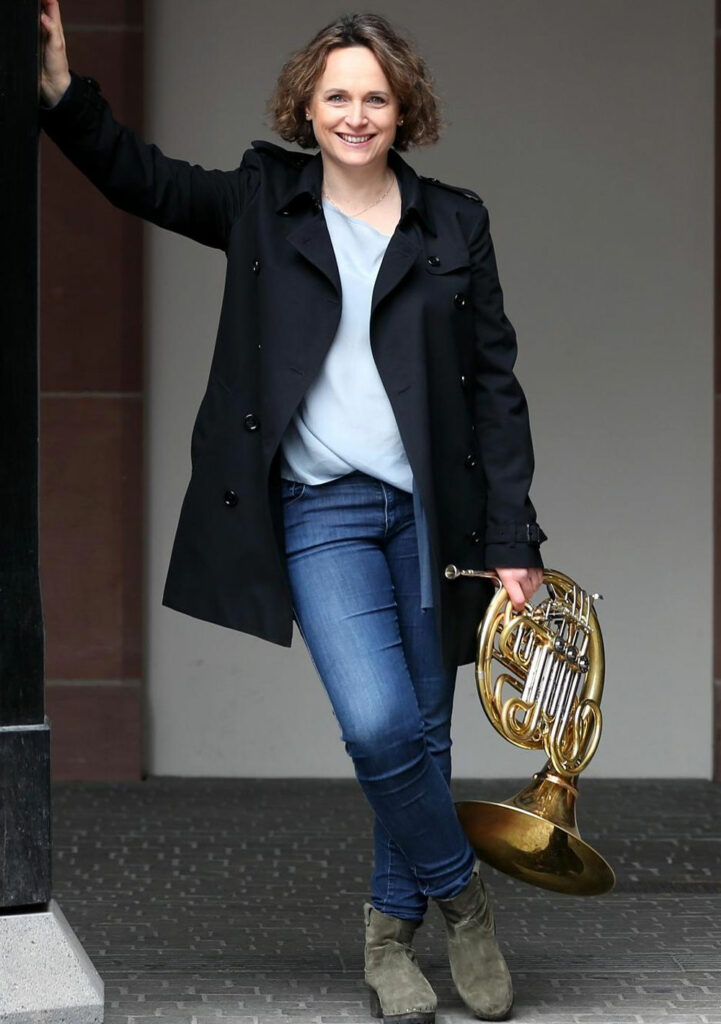 The horn player and professor Sibylle Mahni has been appointed professor of horn at the Hanns Eisler School of Music Berlin, effective October 1, 2020. In Sibylle Mahni, the music academy gains an outstanding musician and university-level pedagogue who is an internationally sought-after soloist and chamber musician as well.

Sibylle Mahni studied with Prof. Marie-Luise Neunecker at the Frankfurt/Main Academy of Music and Performing Arts, graduating with a concert degree. At the Hanns Eisler School, she will take over the horn class of her former professor, who taught in Berlin since 2004.

“It is an extraordinary honour to succeed Marie-Luise Neunecker in Berlin. She is one of the most successful horn teachers in Germany and Europe, known for the depth and speed of her analyses, who has influenced the career paths of many outstanding graduates. I am looking forward enormously to the challenge of training good musicians in Berlin in the future, musicians whose technical ability will allow the music to blossom.”

Sibylle Mahni has been a full-time horn professor at the Würzburg Music Academy since 2017, before which she taught as a professor in Mainz and Saarbrücken and as a docent in Frankfurt/Main. From 1997 to 2016 she was principal horn in Frankfurt’s Opera and Museum Orchestra. She has repeatedly given master classes at the International Horn Symposium in Kalamazoo, Michigan, at the Jerusalem Music Academy, at the Music Days in Seefeld/Tyrol, at Villa Musia, Forum artium and many others.

As a soloist, she performs with a multitude of major orchestras, for example the SWR Symphony Orchestra Stuttgart, the Munich Symphony Orchestra, the International Bach Academy in Stuttgart, the Württemberg Chamber Orchestra and the Britten Sinfonia. She has worked with conductors such as Oleg Caetani, Toshiyuki Kamioka and Helmuth Rilling, among others. Sibylle Mahni has appeared as a soloist in Sweden, Switzerland, Holland, Croatia, China and the USA.

Since 2014 she has been a member of the Ma’alot Wind Quintet.